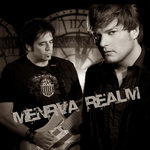 When renowned singer Rob Evan joined forces with songwriter and guitar player Ianu in 2007, Minerva, the goddess of art and patron of music,opened the gates to her kingdom and Menrva Realm was born. The debut album "Angels" was released on Sept. 3rd, 2008.

"Angels" takes you on a dramatic ride to explore the human emotions challenged by the complex interactions with the outside world. The beautifully crafted music blends with intimate and expressive lyrics to create songs with powerful meanings.

The outstanding performances of Rob Evan, Ianu, and the other musicians, as well as the magic of producer Tom Morris, combine to make this album one of the best in its genre.